Find out more about Crete and its history by enjoying an excursion to the archaeological sites of Gortyn and Phaistos, and the beautiful village of Matala! 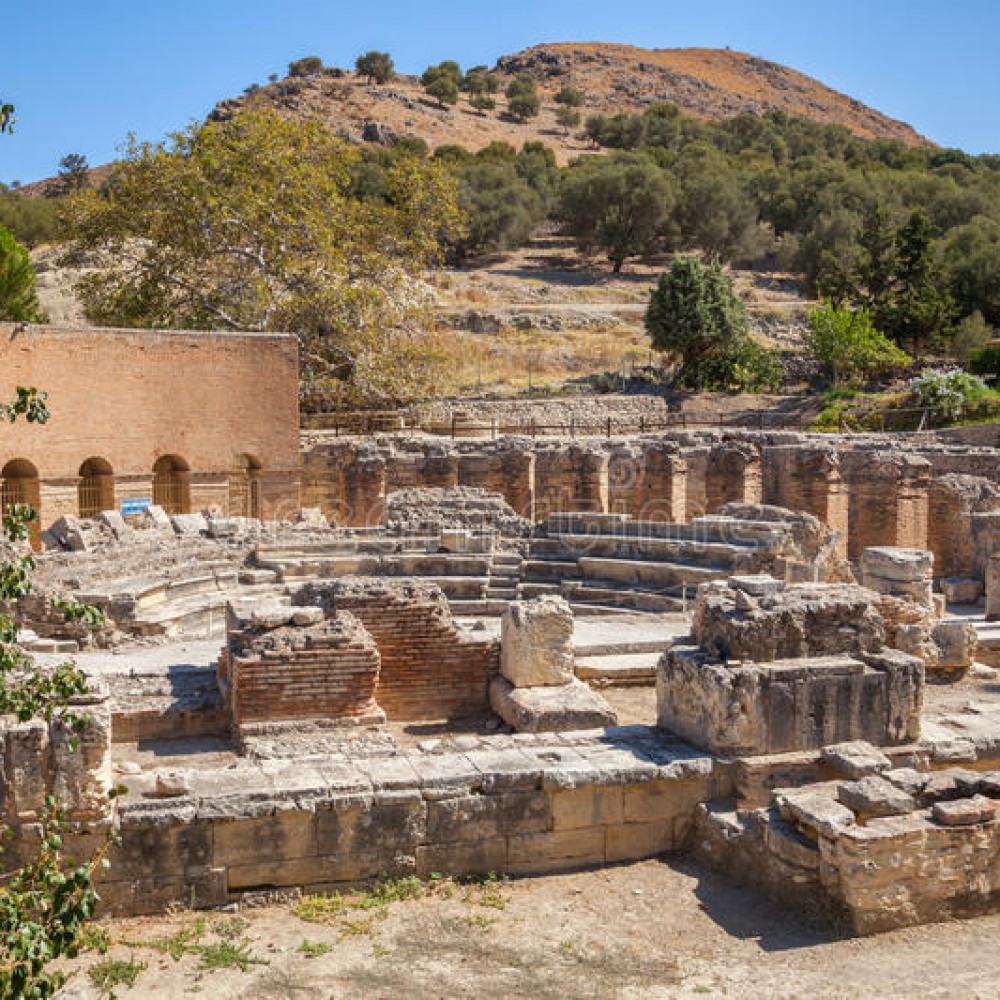 The ancient city of Gortys or Gortyn was the great capital of Crete during the Roman era. It was populated around 3000 BC and flourished during the Minoan era, between 1600 and 1100 BC. During the first millennium BC, Gortyn overcame in fame and glory the historical city of Phaistos.

The city grew even more during the Roman era, where it was eventually declared the largest city and capital of Crete and North Africa.

The ancient city of Phaistos was the second most important city in Crete, after Knossos. It gained great reputation and strength, especially during the second millennium BC, and it was a financial, administrative and religious center. Mesara plain and the harbors of Matala and Kommos were under the supervision of this great city. One of the most important archaeological finds found during the excavations is the Phaistos Disc, discovered in 1908 by Luigi Pernier, and is kept today in the archaeological museum of Heraklion.

Matala is a small seaside village located in the south of the prefecture of Heraklion. Its history is closely related to that of the ancient cities of Phaistos and Gortyn. The area was used as a port of Phaistos during the Minoan era and as a port of Gortyn during the Roman era. Matala today, is well-known for the famous beach in the area, and for the beautifully carved caves that adorn the steep coast of the village.