Chania is the second largest city on the island, after Heraklion, and stands out for its unique beauty and rich history. Due to its strategic position, many nationalities tried over the years to command and conquer this city and its lands. 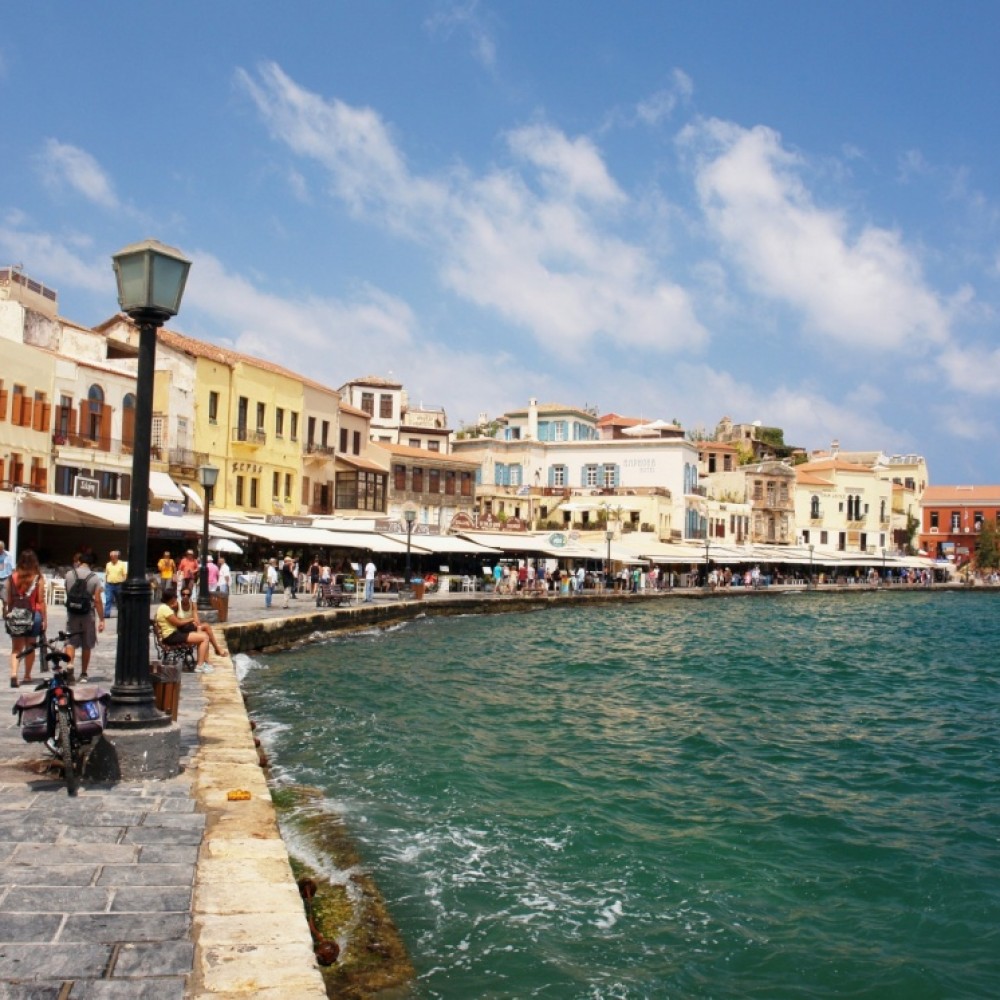 The history of the city dates back to Neolithic times when the first people who arrived at this place decided to settle on the hill known today as Kasteli. During the era of Minoan civilization, this hill grew to become the most important Minoan settlement of western Crete, the ancient Kydonia. At this time, the first small port was built, and the city was unprecedentedly flourishing thanks to its craftsmanship and trade.

In 1204 the Venetians conquered the island of Crete and along with it, Chania. In the 400 years of their occupation, the Venetians built many majestic public buildings and beautiful residences. They extended and fortified the harbor, while 17 shipyards were constructed for the maintenance and repair of the ships. The city was fortified with a strong wall, designed by Michele Sanmicheli, while its fortress was equipped with cannons and lots of ammunition.

In 1645 the Ottoman Empire attacked the city of Chania, and after a tough siege, the city fell. The Turks destroyed a big part of the city and built new buildings according to their taste and architecture.

Although this beautiful city has suffered great disasters over the years (much of it was destroyed by the bombings of the Second World War), there are many buildings still standing since the Venetian and Turkish periods. Most of them are well preserved and are now used as museums, hotels, restaurants, public services, etc., while a number of them are still used as residences.